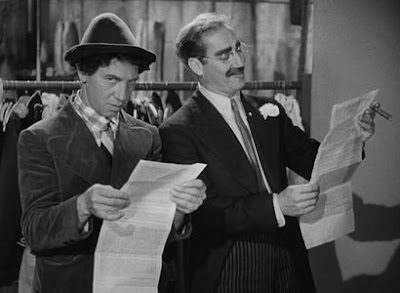 'Paris, Beckett and Me' by John Calder.

Alasdair Gray interviewed in the Scottish Review of Books.

From the Irish Times, Patrick Nugent on Henning Mankell on Wallander.

MWQ has posted several extracts from Confederacy of Dunces (which is moving up on my TBR list).

John Gray on a ghost story by Walter de la Mare: 'When he encounters the visitor, the traveller realises that "this being, in human likeness, was not of my kind, nor of my reality". ... [W]hat the traveller has experienced leaves him with the suspicion the world that's normally given us through the senses may itself be an illusion. No assurances are given him regarding any other world.'

Censoring Anton Platonov's Soviet surrealism: '“On the surface, Platonov is the least ‘literary’ of writers," [Robert] Chandler said "His language can seem crude, elemental; it has been described as ‘the language that might be spoken by the roots of trees.’  At the same time, however, this language is extraordinarily subtle, packed with the most delicate of puns and allusions.”'

In this next quotation, Tolstoy's describing a military theorist, but his words seem especially apt for some economists of the not so distant past and perhaps even (gasp!) some philosophers. The quoted passage appears in War and Peace (Book 9, Ch. 10); I've used the words in the Pevear & Volokhonsky translation, although the link is to the older on-line trans. by the Mauds).


Pfuel was one of those theorists who so love their theory that they forget the purpose of the theory - its application in practice. In his love for theory, he hated everything practical and did not want to know about it. He was even glad of failure, because failure, proceeding from departures from theory in practice, only proved to him the correctness of his theory.

Is Japan's own version of War and Peace a 6-volume work about the Russo-Japanese War? Here's Hiroaki Sato: 'I asked a Japanese friend how he would characterize Shiba Ryotaro’s famous historical novel, Clouds Above the Hill. I’ve known its immense popularity, but Shiba had started its newspaper serialization after I left Japan in 1968, and the size of the finished work — six volumes in book form — had daunted me, so I’d never read it. My friend’s reply: “The nation’s favorite book.” Now it’s in English translation, in four large volumes — two of them out, the remaining two to come out later this year.'

Eli Kirzner on Ryu Murakami's From the Fatherland (published in English by Pushkin Press).

From Enda O’Doherty's review of Sebald's A Place in the Country:

Terry Pitts' posts on A Place in the Country.

A look at the texts in The Rings of Saturn.

Vertigo has posted a video of Sebald reading from Austerlitz. Here's the clip on YouTube.


Let's introduce a new category: found poetry in novels. I found part of this passage in Blunden's Undertones of War. It has a nice deployment of Heraclitus' image and is taken from 'Night Thoughts' by Edward Young:

Life glides away, Lorenzo, like a brook;
For ever changing, unperceived the change.
In the same brook none ever bathed him twice:
To the same life none ever twice awoke.
We call the brook the same; the same we think
Our life, though still more rapid in its flow; ...

Noga Arikha on Robert Burton's great work: 'Melancholy is an old concept; in ancient Greek, melan means black, and hole is the word for bile. Melancholy literally means black bile: however ancient, we still know what that means.'

Bastille Day was on July 14.