Some philosophy, lit, and art links 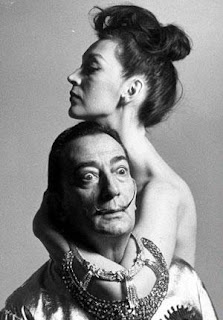 Here's an interesting new-ish journal, nonsite.org, the focus of which seems to be on issues straddling the boundary between philosophy and literary studies. Issue 3 of nonsite has some articles on Wittgenstein. Issue 4 includes Gary Hagberg's reply to 'Wittgenstein on the Face of a Work of Art', which was in Issue 3.

Robert Pasnau has a nice article on 'The Islamic Scholar Who Gave Us Modern Philosophy', Averroës.

From an interview with George Steiner: 'My multilinguism enabled me to teach, and to write After Babel: Aspects of Language and Translation, and to feel at home everywhere. Every language is an open window on the world. This is in contrast to the grim attachment to roots advocated by someone like Maurice Barrès. Trees have roots; I have legs.'

While poking around looking for on-line stuff by or about Kleist for the previous post, I found this long reflection on Freud's development of the notion of the uncanny by reference to E. T. A. Hoffmann's 'The Sandman'.

Daniel Johnson reviews a book about  'the Jewish Haute Bourgeoisie of Vienna 1800–1938'.

I first heard of Karl Wilhelm Diefenbach when I was doing some research on Gusto Gräser. I didn't realize, though, that Diefenbach was even more of a wild-man-with-a-prophet's-beard than Gräser was. Strange Flowers has a post on Diefenbach with some neat pics. In the slide show at the bottom of that Diefenbach post, one of the photos shows Diefenbach and several other proto-hippies with flowers in their hair.

Here's the ultimate site for Samuel Johnson's dictionary. 'Pudding: ... A kind of food very variously compounded, but generally made of meal, milk, and eggs.'