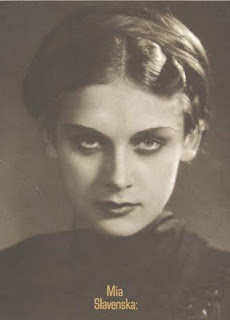 Otto von Habsburg's obituary: 'He died a happy man, right about almost everything, if usually too early.'

'“Only silence is innocent”: Zagajewski on Rilke, irony, and the future of poetry'

Mark Harman's translation of Kafka's 'Message From the Emperor'

Wittgenstein's photos, and a 'Lost archive shows Wittgenstein in a new light'

Dave Maier on Wittgenstein and meaning: "Can I say 'bububu' and mean 'If it doesn't rain I shall go for a walk'?"

Bob Duggan reviews a Neue Galerie show on fin-de-siècle Vienna: 'How Vienna in 1900 gave birth to modernity' -- '“In his life, Klimt clearly divided women into those he respected, even exalted, and those he slept with,” [Jill] Lloyd acknowledges, but also “Klimt’s images of women are acknowledged as complex representations with a symbolic force; as such, they embody allusions to the ‘women question’ that are far from straightforward".'

The world's first mobile internal combustion engine was made in Vienna