Kierkegaard around the 'net 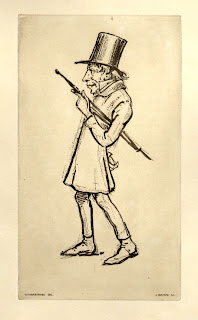 I've noticed lately some good Kierkegaard resources on the web, and I thought I'd gather the links into one post (I linked to some other Kierkegaard items in an earlier post).

There's perhaps some irony in this, since some (viz. Hubert Dreyfus) think that Kierkegaard 'would have hated the internet'

Princeton University Press has put much of Kierkegaard's writing (in the Hongs' translation) on Google. (Here are some older translations.)

The Guardian ran an 8-part series on Kierkegaard by Clare Carlisle; and here's a Philosophy Bites podcast in which Carlisle discusses Fear and Trembling (I link to two more podcasts near the end of this post).

Carlisle also has a paper on Kierkegaard and Heidegger at the Oxford Research Archive. To get her paper at that last link, click on the pdf 'Attachment' button near the top right corner of the site. What you then get is a long document with four papers from a conference on Heidegger. Carlisle's begins on p. 2.

Also on the Oxford archive is this 2007 paper by David Groiser, 'Repetition and renewal: Kierkegaard, Rosenzweig, and the German-Jewish renaissance'.

The last item to which I'll link from that clunky (but substantial) Oxford resource is this 2008 dissertation by Matthew Kirkpatrick called 'Kierkegaard and a Religionless Christianity: The place of Søren Kierkegaard in the thought of Dietrich Bonhoeffer'. Actually, I'll likely add more links to that resource once the papers from this conference are posted there.

In addition to the above-linked Carlisle podcast about Kierkegaard, here's one from the BBC (with Jonathan Rée, John Lippitt and Carlisle again) and one from Philosophy Talk