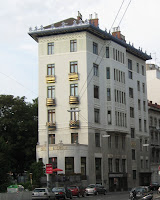 This is the Rudigerhof apartment building in Vienna. It's a nice example of the Jugenstihl style. It was designed by Oskar Marmorek and built in 1902. It has a neat cafe on ground level, which (according to my TimeOut Vienna guidebook) was frequented by the socialist politician Viktor Adler (who organized the 1st May Day parade), and was the site of at least one meeting between him and Lenin and Trotsky (though I'm suspicious of the claim about Lenin -- his movements in Vienna are harder to track than those of the other socialists). 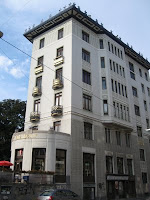 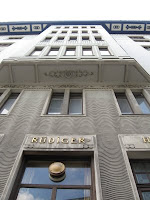 Great posts and pics on Vienna - it's such a great city!