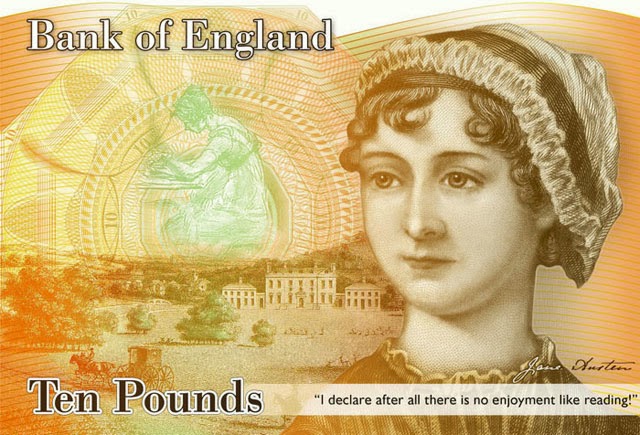 Thomas Rodham on Austen as a moral philosopher. (Here's Rodham's earlier post on Austen at his blog, Philosopher's Beard.)

Rose Woodhouse responds to Rodham's claim that Austen's insights as a virtue ethicist came 'at the expense of psychological insight'.

From Alice MacLachlan's review of E. M. Dadlez' Mirrors to One Another: Emotion and Value in Jane Austen and David Hume:


Many philosophers, most famously Gilbert Ryle and Alastair MacIntyre, have argued for an Aristotelian reading of Austen: in doing so, they draw on themes of moderation, the importance of habituation, the happiness that comes from practicing virtue with moderate resources, and the role granted to pleasure in the good life. Dadlez grants these Aristotelian elements in Austen, but argues that insofar as they are present in Austen, they are also present in Hume.

From Karen Stohr's 'Practical Wisdom and Moral Imagination in Sense and Sensibility' (pay wall, via Muse): 'I shall use Austen's Sense and Sensibility to examine the skill associated with knowing how to behave rightly in the sense we associate with propriety or decorum. This skill is essential to pleasant social life, and hence, on the Aristotelian view, to human flourishing.' Stohr's paper is in Philosophy and Literature, a search of which turns up several more papers on Austen and philosophy.

Mark Canuel focuses on the character of Fanny in Mansfield Park in 'Jane Austen and the Importance of Being Wrong' (pay wall, via JSTOR).

In his 'Jane Austen: a Female Aristotelian' (pay wall, via Sage), John Ely says, 'Through her novels, she reforms an Aristotelian ethics. She Christianizes it-again largely following the influence of Shaftesbury.'

On Austen's religious stance, here's a review (to which I liked in an earlier post) of L. M. White's Jane Austen's Anglicanism.

Siris thinks the relevance of Shaftesbury is overestimated.

In his After Virtue, Alasdair MacIntyre compared Austen with William Cobbett. There's an essay by MacIntyre called 'Jane Austen, William Cobbett, and Jacobin Virtues' in this study guide for Mansfield Park (published by Ignatius Press). I can't identify its provenance.

In 2010, Joyce Kerr Tarpley published (with Catholic University of America Press) Constancy and the Ethics of Jane Austen's Mansfield Park.

Eric Lindstrom in 'Austen and Austin' (pay wall, via T & F): 'Not until [J. L.] Austin's bracingly unconventional lectures were collected as a series of extraordinary books in the mid-twentieth century – a list that also includes his collection Philosophical Papers and the Austen-inspired Sense and Sensibilia – did Jane Austen's novels receive a philosophical counterpart adequate to her works' philosophical energies.'

A new collection on Austen's aesthetics from Rowman & Littlefield:


The essays collected in Jane Austen and the Arts; Elegance, Propriety, and Harmony examine Austen’s understanding of the arts, her aesthetic philosophy, and her role as artist. Together, they explore Austen’s connections with Edmund Burke, Adam Smith, Johann Wolfgang von Goethe, Madame de Staël, Joanna Baillie, Jean Jacques Rousseau, Mary Anne Schimmelpenninck, and other writers engaged in debates on the sensuous experience and the intellectual judgment of art.

In 2004, Cambridge University Press published Peter Knox-Shaw's Jane Austen and the Enlightenment, which is the focus of this brief review.