Three of these five BBC broadcasts on 'Dark Arcadias' may still be played.

'The Dark Pastorals of Robert Frost and Hayden Carruth'.

Fussell focused on Edmund Blunden, who closed Undertones of War with his self-portrayal as 'a harmless young shepherd in a soldier's coat'. While Fussell didn't discuss Robert Graves' work in this connection, other critics have spoken of Graves' 'darker Arcadia' (which was supposedly more complex and archaic than Blunden's). In music, Ralph Vaughan Williams was prompted to write his 3rd symphony, 'A Pastoral Symphony', by his WWI experiences in France, and Williams' unfinished cello concerto from the 1940's was completed by David Matthews and named 'The Dark Pastoral'.

Of course, as Fussell notes, the pastoral is not all sweetness and light. Its history is much more complex and nuanced than that. From Erwin Panofsky's article 'Et in Arcadia Ego', Fussell had learned of a tendency by some artists to include a memento mori amid Arcadia's bucolic setting. Panofsky identified this motif in paintings by Poussin and Guercino, both of whom planted a death's head in the garden.

More about this painting, which is the modern source of the line 'et in Arcadia ego.' If you expand Guercino's above artwork, you can see the Latin phrase imprinted under the skull. Poussin created two paintings with that same Latin title.

In his paper, Panofsky wrote,


At the very moment when this new Arcadia was created [by Virgil], a dissonance made itself felt between its preternatural perfection and the fundamental limitations of human nature as such: even in Arcadia there existed the two fundamental tragedies of human life, inextricably connected with one another: frustrated love and death. ('Et in Arcadia Ego', in Philosophy & History: Essays Presented to Ernst Cassirer, ed. R. Klibansky and H. J. Paton [Oxford, The Clarendon Press, 1936], pp. 227-8)

Panofsky excavated the correct translation of 'et in Arcadia ego'. Many had taken it for a bit of nostalgia from the grave; they thought it was spoken by a deceased person and meant 'I, too, was in Arcadia'. Panofsky argued (Ibid., p. 232), partly by reference to Guercino's above painting, that the line should be attributed to death itself (e.g., to a death's head) and means 'even in Arcadia, there (am) I'. 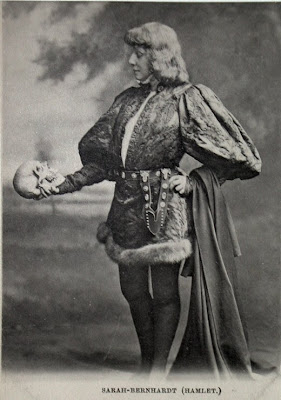 Fussell says that this morbid association with Arcadia was more influential among English authors. Signs of it appear in Evelyn Waugh's Brideshead Revisited, the first section of which is entitled 'Et in Arcadia Ego'. Waugh has the phrase etched into a skull that one of the characters keeps in a bowl of roses in his room at Oxford. The phrase adorns a gravestone in an illustration by Aubrey Beardsley. More recently, it featured in Tom Stoppard's play Arcadia.

On a related note, here's a 2012 dissertation by Andreas Schardt about an English tradition of mixing the pastoral with the gothic: Gothic Pastoral: Terrible Idylls in Late Nineteenth- and Twentieth-Century Literature. From the 'Abstract':


'The Gothic and the pastoral have mostly been regarded as entirely antithetical modes so far. However, there are numerous texts in English literature where an overlap between both forms can be observed. Authors like H.G. Wells, Bram Stoker, H.P. Lovecraft or William Golding, for instance, employ depictions of an idyllic nature or the motif of the Golden Age as typical of the pastoral in combination with Gothic features like the insistence on a barbaric past of superstition and anarchy threatening an enlightened present.' (Emphasis added)

Schardt's dissertation includes material about the graveyard poets, one of whom (Edward Young) wrote Night Thoughts, which was read by Blunden during WWI.
Here's a cd called Dark Pastoral: Songs and Poetry From World War One. And here's 'Dark Pastoral' by Matthews and Vaughan Williams: