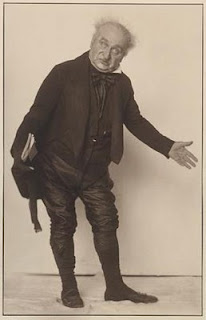 Does possibility entail conceivability? See the comments for points about Davidson's reliance on this entailment in his argument against the possibility of a language that isn't translatable into our own.

On Philosophy Bites, Frank Jackson is interviewed about 'what Mary knew'

William Seager reviews a posthumous collection of papers by idealist and panpsychist T. L. S. Sprigge (The Importance of Subjectivity: Selected Essays in Metaphysics and Ethics)

Pain reduction through meditation? 'The degree of concordance between these studies suggests that meditative practices may indeed reduce pain through a unique neural mechanism, one corresponding to increased attention and reduced evaluative/emotional responses'

Adrian Owen's detection of consciousness in people previously thought not to have it (people in vegetative states).

From the Abstract for a paper called 'What is a "mood-congruent" delusion? History and conceptual problems': 'This article investigates the history of the concept of mood-congruent delusions and the problems accompanying this concept. In the late nineteenth century, there were conflicting views regarding the relationship between the contents of an individual’s delusional thought and his/her affective state.'

Unfortunately, Kate's performance is cut off in this clip, so if you want the whole of her song, the original video is on YouTube.