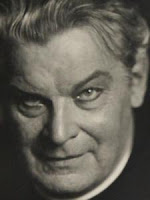 Here's a podcast in which Robert Zaretsky discusses the friendship and dispute involving Hume and Rousseau.

A review of Ann Thomson's Bodies of Thought: Science, Religion, and the Soul in the Early Enlightenment.

Two new entries in the Internet Encyclopedia of Philosophy, one on Shaftesbury, one on Goethe

A review of Janice Carlisle's book about John Stuart Mill's 'character and sense of self.'

Jonathan Rée on William James: 'He favoured philosophy too, but not the dreary timidity encouraged by what he called “the PhD Octopus”, nor the stupefying smugness and philistine cleverness propagated by a posh young Englishman called Bertrand Russell.'

Turning from the history of philosophy to the philosophy of history, my library finally has access to the relatively new Journal of the Philosophy of History, a recent issue of which includes Celina María Bragagnolo's paper, 'Secularization, History, and Political Theology: The Hans Blumenberg and Carl Schmitt Debate'.

A new, open-access journal on Wittgenstein (ht Language Goes on Holiday), and Oxford University Press has made several journal articles on Wittgenstein publicly available, as has the Australasian Journal of Philosophy.

David Auerbach posts some quotations that illustrate how Rudolf Carnap viewed his philosophy in the context of contemporary artistic and political movements.

Here's a short film by Samuel Beckett with the following description: 'A twenty-minute, almost totally silent film ... in which Buster Keaton attempts to evade observation by an all-seeing eye. But, as the film is based around Bishop Berkeley's principle 'esse est percipi' (to be is to be perceived), Keaton's very existence conspires against his efforts.'

Paul Boghossian argued against moral relativism in a NY Times piece, in which he objected to a 2001 article by Stanley Fish. Fish replied to Boghossian. Now, Boghossian has posted a masterful reply.

In that debate, Fish said that philosophy doesn't much matter outside the classroom. Bookforum's 'Omnivore' has posted a series of links under the heading 'Does philosophy matter?'

'Does Anything Matter?' by Peter Singer.

Mark Oppenheimer on Charles Taylor on 'how the Western liberal can reconcile a preference for liberal democracy with the illiberalism necessary for cultural preservation or self-preservation, which many accept as understandable goals.'

A podcast of Alan Saunders' interview with Martha Nussbaum.