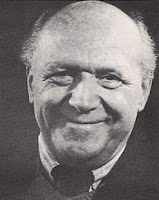 Colin McGinn takes a relatively mild tone (compared to some of his other reviews) in this reflection on V. S. Ramachandran's latest book.

Scott Atran comes down hard on Sam Harris's book, and Gary Wills is not impressed by that book about 'whooshing' by Dreyfus and Kelly. Here's a brief reply by Kelly.

A BBC podcast in which Melvyn Bragg talks to Simon Blackburn, Helen Beebee, and Galen Strawson on free will, and here's Bragg talking to Grayling, Millican, and Keefe about logic

From Philosophy TV, here are Michael Boylan and Charles Johnson discussing 'philosophy and literature'. Here's an article by Boylan on the use of fiction for the exploration of philosophical questions.

From North Dakota, there's an impressive archive of interviews for the radio show, 'Why?'. For example, there are hour-long interviews with Arthur Danto, Charles Taylor, Rebecca Goldstein, Martha Nussbaum, etc.

Two podcasts on the Philosopher's Zone: one on the philosophy of music (with A. J. Hamilton), the other on Kurt Gödel (with Mark Colyvan)

And two from philosophy bites: one on Montaigne (with Sarah Bakewell) and one on F. P. Ramsey (with Hugh Mellor -- there's a link there to Mellor's BBC documentary on Ramsey from the late 1970's in which Mellor interviews A. J. Ayer, I. A. Richards, R. B. Braithwaite, etc.). Here's Anthony Appiah's discussion of Bakewell's book on Montaigne. And there's now another book on Montaigne, this time by Saul Frampton.

Here's the text of an interview with Julia Kristeva

A video of Baroness Mary Warnock in a panel discussion of roles for philosophy in politics. Warnock recently made the Guardian's list of the top 100 women in writing and academia, as did another philosopher, Onora O'Neill.

Here's the 2nd hour of CBC's 'Sunday Edition', in which Michael Enright interviews Jason Brennan, a philosophy prof at Brown University, about not voting

At 24:30 of that CBC podcast, Enright begins his interview with 'Debo' Mitford. It isn't about philosophy but I highly recommend it. I LOL'd at 36:10 and 37:25. Here's a description of the whole program.

I have Philosophy Bites and Melvin Bragg on my iPod. I wish PB would do some programs on earlier philosophers: Augustine, Dun Scotus, Boethius, Pascal. Perhaps I'll let them know.