Five recent references to philosophy (mostly from the New Statesman) 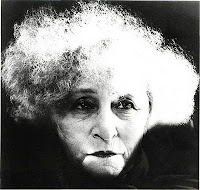 Snippets from Baroness Mary Warnock's interview in the New Statesman: 'You can't pretend that Bach wrote his religious cantatas out of anything other than profound Protestant belief'; 'Morality comes from our common human nature'; 'Rights are too legalistic a concept to be the foundation of morality.' In response to the question whether we're all doomed: 'Probably - but it will be after my time.'

From the New Statesman's article on Ricky Gervais: 'Science, Gervais says, was his first love, then philosophy, which he studied as an undergraduate. The rigours of both disciplines, he says, inform his material: logical investigation and rational inquiry.'

The New Statesman`s interview with Daniel Kehlmann: `Yes, I come from philosophy. I could never have become an original philosopher, but I was always interested in philosophy and I studied it. And I'm still very much concerned with ideas and how they interplay with human beings. There is a certain sort of comedy that arises out of the clash between lofty ideas and the banal realities of life.`

We could well be doomed to same the endless, pointless existence over & over & over.....if the universe
is in perfect oscillation

Of course, 1st or 91st quadrillionth gooolplex...we could never tell.